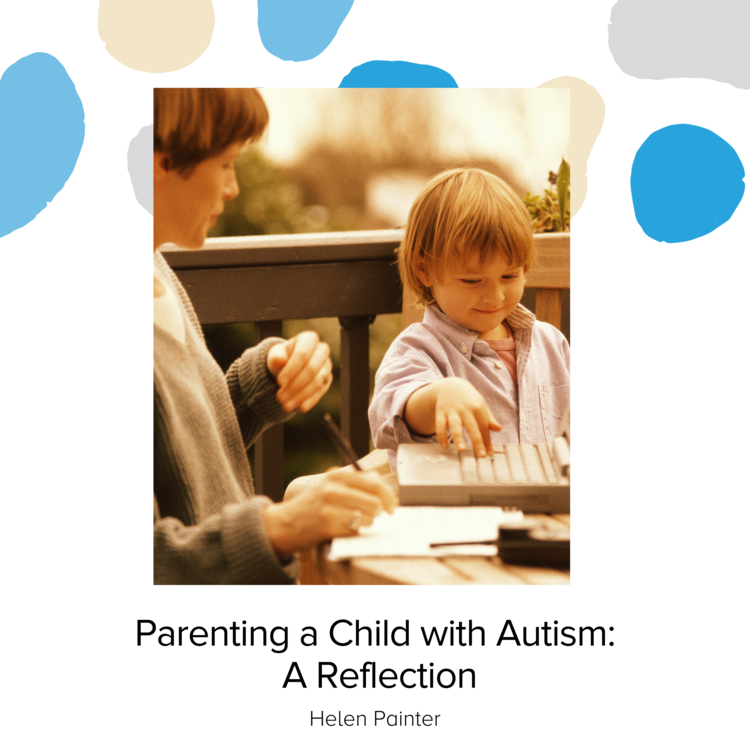 As a parent, it’s important not to beat yourself up about things you wish you could have done in the past. The best course of action for inner peace is to look to the future. However, if we look outwards at what we have done in the past, it can also be helpful for us to use certain experiences to help others. That’s why I’ve come up with 6 things, as a parent of a child with autism, that I wish I knew when I was younger. I hope it can be of some use to some younger parents today.

I wish I had trusted myself more.

I knew something was different about my son pretty early on. I didn’t know what it was, but I was in denial.

The strange thing is, I am an occupational therapist, but I’d never seen a young baby with Autism, so I didn’t know the signs.  My brief stint working in a pediatric outpatient clinic didn’t prepare me as a new Mom for what a little baby with Autism looked like.  I just knew I had a baby who didn’t sleep, who cried a lot, and I thought as a first time mom I was doing something wrong.

I was sleep deprived myself, so it took me months to realize that things weren’t ticking along as they should have been. He was a picky eater, of course, and had a lot of things that he did to avoid textures and things he didn’t want to do. But I thought that’s how all babies were. At least that’s how my baby was.

It wasn’t until he was older that I realized how strange his behavior was. It wasn’t until he missed his milestones in the area of speech that I finally knew he was different. He had a lot of skills in other areas so I was able to give him credit for a lot of areas and still believe that he was okay.

I had always been on the receiving end as a therapist, listening to all these parents tell me how hard their kid was. And there I was with this super hard baby thinking it was just normal. I had a difficult baby who turned into a difficult toddler and I was exhausted all the time and I thought it was normal. I thought I just had to work harder and everything would be fine.

Don’t delay testing and believe the results even though they are painful.

I delayed getting him tested because I was in denial. My husband and I both worked full time and really long hours and I thought to myself for some crazy reason, “I’ll just give it more time and things will get better.” Well, of course, they didn’t; things were getting worse.

My parents were getting worried because his behavior was getting more and more unusual. My husband was getting angry with me for pointing out all the things that I was noticing and was in even more denial than I was. I was worried about our marriage as a result of all of that. It was a vicious cycle.

It was all resting on me. It was like I was going to have a formal diagnosis in hand, I thought that the dam would break. I guess I thought I would fall apart.

I knew it in my gut that my son had Autism, but I didn’t want to see it written down anywhere or hear those words being said. I knew that once it was out in the open, there was no turning back.  It was like I’d have to face it and my life would change forever. It was like the opposite of being pregnant because there was no joy in it. I’d have to work so much harder.

Being a parent was already hard enough with what I had been going through, and now I’d have to face what I’d been dreading.

I was so sad that my dreams of having this certain type of child weren’t going to happen. Just your regular kid. Sit up at the kitchen counter eating cookies and milk, soccer mom type of kid. It’s all I wanted, plus siblings. We were way beyond that as my husband had already had a vasectomy we were so traumatized by our son at that point.

I was sad, and angry and grieving what I had wanted, and what I was never going to have. This road was harder than I wanted and what I deserved. “Why me?” was welling up inside of me.  Pretty selfish huh?

I got over this part, but it was there.  I let myself have a pity party and then I dusted myself off and got back to business. Actually now, he is doing some of the things that I was worried he would never do and it’s a new normal, so my sadness was all wrong. It, my life, what I wanted may or may not turn out to be better or worse than what I was hoping for. I’ve learned that I cannot control what happens. Well, some of it I can but the big picture is uncertain in many ways.

This is the child I have, and no matter what, our journey is a rich one and my job is to help him thrive and I feel better prepared to deal with that instead of feeling sorry for what I don’t have.

No-one has a perfect kid, nor a perfect life.  Everyone has their struggles and something that they’re dealing with. For some, it’s just more visible than others. To think otherwise is a sham.

I’m a firm believer in this, now that my son is 6 and has been in school for a couple of years. I’ve seen a lot of families struggle with situations that are way worse than mine. Some handle it better than others. Some moms are amazing, dads too of course.

It’s never a good idea to compare yourself to others because you just don’t know what’s going on in another person’s life or home situation. I feel fortunate that I have a good community and we know each other, and I’ve felt confident that they know my son and he is in good hands.

Kids with Autism benefit from early intervention, especially Speech Language Therapy, Occupational Therapy, Applied Behavior Analysis Therapy (Behavior Modification), and of course preschool. My son was involved in all of these, but I received wise counsel of not to overdo it. There is such a thing as over therapising your child.

All kids, even kids with Autism need downtime, and my kid is the same as all other kids in that regard.  Plus, I was working full time. I cut back my schedule to part-time. But the thing is, I was also advised not to become a complete slave to his schedule. And while I wanted him to have as much as possible, his little brain could only hold so much.

He doesn’t have severe Autism. I’d say he’s mild to moderate so I just didn’t want to go full out gung-ho in the therapy knowing I am in it for the long haul. I didn’t want to burn him or myself out while he was still in the preschool years!

Get support and think long term

I could not do this alone. My husband has been a huge support. He also switched jobs and is now available more, so I’m not the only one carrying the load. I did not want to be the kind of mom who had to make out a list for when my husband watched our son. He needed to know how to look after him just as easily as I was.

I was lucky I got good advice through my advocate early on. It is so hard to go into the school and not be emotional at the meetings, especially when your child is so little and you have worked so hard for so long. It’s almost impossible to think forward when your child has struggled so hard to be where they are now. It’s so tempting to say that they couldn’t even do such and such a task 6 months ago. And my other good advice is that in order to move forward you have to give your child credit for the tasks they have accomplished and let them progress and not get stuck on their past frailties and difficulties. It doesn’t serve them any longer so why hold onto it?

I have to compartmentalize and think of it as a job.  I check my emotions at the door and act like I do when I’m at work. I care, but I don’t bring my emotions into it. I always bring a friend or support person to the meeting so that, if I find myself getting emotional, they can listen and nudge me along and stay focused on the meeting or even call a break to the meeting until I get myself back into top negotiating mode. My child is depending on me to ensure their success now and in the long term.

I hope that my experiences, in some way, help you to deal with a similar situation a lot better than I did, before I knew all of this. As an occupational therapist, I am available for consultations, along with the rest of my Umbo team.

Umbo is a social enterprise that was set up to support children in rural and remote communities across Australia, through online therapy. If you’d like to book in a free 15-minute consultation, with myself or another of our therapists, please get in touch